Welcome to a basic crash course in the Arabic Alphabet!  Quickly get up to speed on how to recognize and use the alphabet of the Arabic language to get you started in basic reading and writing.  You will want to take more in depth courses in Arabic script later, but for now familiarize yourself with the fundamentals.  Don’t be intimidated by the lines and markings.  The purpose of this quick overview is to learn the scope of the alphabet, and what markings you will see in Arabic script.

What exactly am I looking at here? I see squiggly lines and dots.

The letters of the Arabic Alphabet 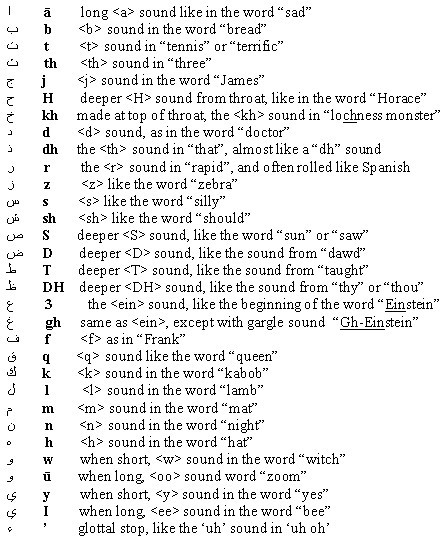 Those look a little small, can I get a closer look? 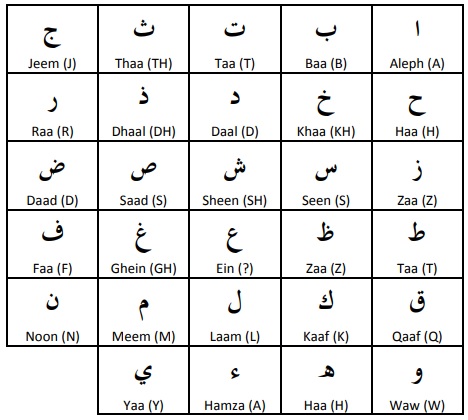 Here is a chart that shows the 4 different forms of each letter: 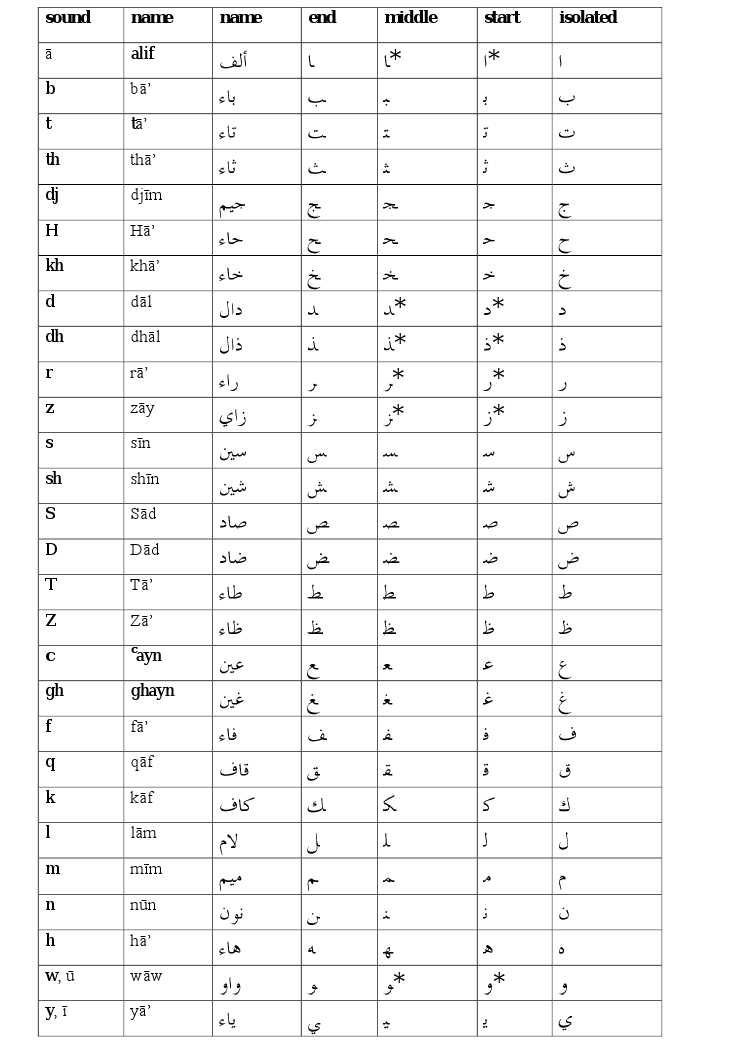 That’s a big chart.   Are the letters hard to learn?

Don’t memorize this list now.  Just glance at some of the letters, and see how they change depending on their position in the word.  Most of the changes you see above make sense when you start putting the letters together, and the form changes are to keep the flow of the letters in the words.

What are the other marks I see?

In addition to the letters, you will also see markings for the vowels.  The “short vowels” are smaller, and may appear above or below the letters.  The “long vowels” are bigger and written in the words.  Here are the vowel markings you will encounter.  The top line shows the three basic short vowels.  Notice the second line, where the short vowels markings are simply doubled.   It simply adds the sound of the letter N at the end, but more on that later. 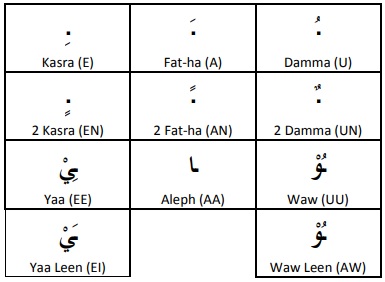 Will I see any other markings in the alphabet?

There are a two  other markings you will regularly encounter:

Congratulations! You’ve pretty much seen all there is to see with the Arabic alphabet.  Now that your overview is complete, let’s dive more into how the alphabet works.